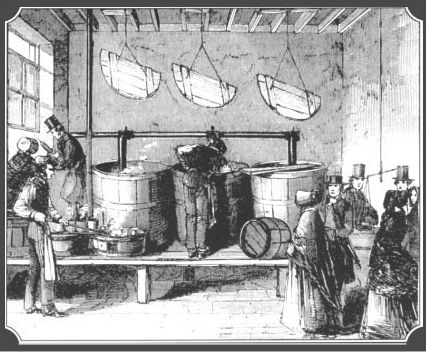 Penny Dinners was founded during famine times as a soup kitchen and is one of Cork's oldest caring organisations.

While there is a formal record of establishment in 1888 (see below) it may have ties right back to the soup kitchens run by the Society of Friends (Quakers) at the time of the Famine in the 1840’s. The practise of paying one penny was established back then (at that time for a quart of soup and half a loaf of bread).

Due to the high demand of soup  (1400 quarts per day reported in February 1847), a fast method of cooking was urgently needed,  as the fires used up until this time took too long to heat up and cook the soup.

The Adelaide Street soup kitchen was adjacent to the shipyard run by Ebenezer Pike. They piped steam from the shipyard and blasted it into the great vats of soup thereby achieving a much quicker cooking time. 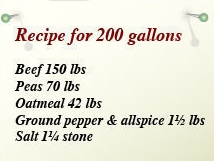 1888 – The Charitable Ladies and Gentlemen Take a Hand

The Cork Examiner reported on 15th March 1888 that following the example of London and Dublin, the “zeal of charitable ladies” in Cork had been stimulated, and a meeting had been held in the Imperial Hotel. This raised funds for the setting up of a facility at 5, Drawbridge Street. The system proposed was that tickets each costing one penny would be sold to relieve “in a safe and very effectual way the great distress which exists amongst us at present”